As someone who has a broad interest in the state of youth sports in general as well as fastpitch softball specifically, I’m always interested to read articles on the topic. There’s no doubt that the U.S. (along with more and more other countries) has become sports-crazy, to the point where it is having a negative effect on young players. 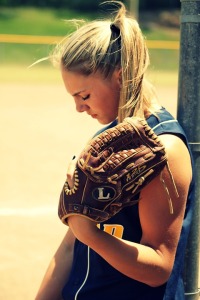 There is one aspect that always strikes me as missing the mark, however, which is their description of instructors. Maybe it’s because I’m a private softball instructor myself, but I don’t think it’s just me taking it personally.

When they talk about how crazy parents have gotten, sooner or later the articles will refer to how on top of everything else parents “then drag their kids to an instructor to spend even more time on their sport, usually in the hopes of acquiring that D1 scholarship.” Or something to that effect. It’s not an actual quote, just a sort of paraphrase of what I’ve seen.

That may be true in some cases. But for the most part I see the role as being somewhat different.

In the good old days these pundits like to talk about, they say kids just showed up at the field and learned to play there. They didn’t need all these adults around.

Well, the reality is that was wonderful for the kids with great athletic ability. You know the ones I’m talking about – you give them a ball, or a stick or some other piece of athletic equipment and they’ll instinctively know what to do with it. But maybe not so much for the kids for whom it didn’t come naturally, or who hadn’t grown into their bodies yet, or who were a little slower in developing their motor skills.

Basically what happened was they got left behind quickly and never had the opportunities to advance in a sport they may have loved but weren’t particularly good at yet. They got weeded out early.

That’s why I say a good instructor can level the playing field. He or she can take a player who may not be the greatest athlete and teach him or her to be competitive and find success on the field, court, rink or whatever. Success being defined by the player and his or her family.

I’ve worked with a lot of kids who had no ambition of playing in college – not just at the D1 level but at any level. Some just wanted to be successful in high school, or on their travel team, or in their rec league. They wanted to get off the bench and become important to their teams.

Is there something wrong with that? I don’t think so, and if I can help them achieve that goal where they might not have otherwise it’s terrific.

Not everyone was blessed with great DNA or grew up in a family that played sports all the time. A good instructor can help make up for those “disadvantages” and level the playing field, giving them opportunities they may not have had otherwise and helping them to achieve all they can achieve.

Of course, even the best athletes can use a little help along the way to shortcut their learning curve, and they’re fun to work with too. My point is that most of the parents who take their kids somewhere for instruction aren’t the ones you see in TV documentaries and NY Times ads, relentlessly trying to drive their kids to sports success they themselves never achieved. They’re just trying to help their kids feel good about themselves and build some great sports memories.