Yes, there can be such a thing as winning too much

Let’s face it. Whether your activity of choice is fastpitch softball, soccer, basketball, auto racing, marching band competitions, tiddlywinks or something else, everyone loves winning. As Nuke LaLoosh says in Bull Durham, “I love winning. It’s so much better than losing.” (Warning: the full quote is NSFW so turn down the volume.) 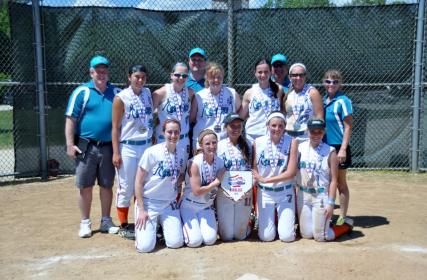 Yet there can be a thing as winning too much. This is something a lot of parents (and some coaches) don’t seem to understand.

In America in particular, we tend to measure success in terms of wins and losses. The more you win, the better you are, right?

Not necessarily, because there’s another factor that comes into play – the level of competition. Think about it this way: how much satisfaction do you get out of winning a game of tic-tac-toe? Probably not much, because once you learn a few basic moves is only possible if your opponent makes a really, really stupid mistake.

Or if you are an adult, how much satisfaction would you get out of beating a 6 year old at one-on-one basketball, or chess, or ping pong, or pretty much anything else? Not much, because there’s no challenge.

And that’s the key to what I’m saying. If your team wins every tournament it goes to, especially if it goes undefeated every weekend (or even worse dominates every game) it’s not that the team is so great. It’s that you’re not playing the right level of competition.

You don’t get better if you’re not challenged. Winning a tournament shouldn’t be easy. It should be really hard. If you’re winning more than 60% of your games, 75% at most, you’re playing the wrong teams.

Sure, it’s fun to get those shiny plastic trophies, or medals, or t-shirts, or whatever they’re handing out these days as prizes. You have the big ceremony at the end, everyone takes pictures and maybe goes out for dinner afterward. But how special is it if it happens every weekend? Not very.

Keep in mind that iron is forged in fire. That’s what shapes it into something useful. Fastpitch softball players are the same way.

In order for them to get better, they need to play competition that is either at their skill level or better. It’s what will challenge them and force them to go beyond their current skill level. It’s also what keeps it interesting and makes the wins when they come extra satisfying.

Because you’ll know you didn’t just beat up on some lesser team. Instead, you put something on the line – the very real possibility of losing – and came out the other side on top. Your players probably learned a little something along the way, too.

The same goes for making it to every championship game, by the way, even if you don’t win. That just means one other team was probably in the wrong tournament too.

It can be tough to lose. Another of my favorite baseball movie quotes comes from Moneyball: “I hate losing. I hate losing even more than I wanna win.”

But that’s a good thing. If you’re concerned about losing, you will work harder to make sure it doesn’t happen. And you will get better. If losing isn’t a real concern, however, you’ll probably let up and your skills won’t develop. And that will catch up with you one day.

Parents, especially today’s parents, like to see their children succeed. But that doesn’t mean they should shelter them from losing, which is what you’re doing when winning becomes so important that failure to win every game at every tournament means you start looking for a new team that will.

Again, shoot for that 60-75% winning percentage and you can be pretty sure your favorite player is being challenged and growing as player. It will also mean that the fruits of victory will taste ever so much sweeter.

Ask any fastpitch player, coach or parent what the team’s goal is and the easy answer will be “to win.” But when you look at things a bit deeper winning may not always be the primary goal.

Take a 10U or 12U team making the jump from rec ball to travel ball. It can be quite an eye-opener for the girls and the parents. The rules change, the game gets faster, the teams get more aggressive, and the overall caliber of play is generally higher than they’re used to seeing.

In that first year wins may be tough to come by. But that’s ok. The real priority should be getting the players acclimated to the level of competition and helping them understand what it’s going to take to perform their best long-term. That may mean sacrificing a few opportunities to win in favor of player development.

That could mean letting a hitter who isn’t producing bat, even though a better hitter is available. It may mean suffering through more walks to give a pitcher with good long-term potential the opportunity to get reps in facing batters. It might mean putting a fielder into a position she hasn’t quite learned yet in order to give her the experience to play it later.

Winning is nice, no question about it. Me personally, I subscribe to the statement from Moneyball that I hate losing more than I like winning. But if your goal is to develop a team, and its individual players, to be the best they can be, you need to have a plan and stick to it – even if it means you lose more games than you would have otherwise today.

It’s all about your goals, which is why it’s important to set them before the season, when you can be unemotional about it, rather than during the season when you may be willing to do anything required just to get the W.

Know where you’re headed long-term and you’ll be in great shape. And when those wins do start coming, they will be all the sweeter.