Honesty Is Still the Best Policy When Talking to Players 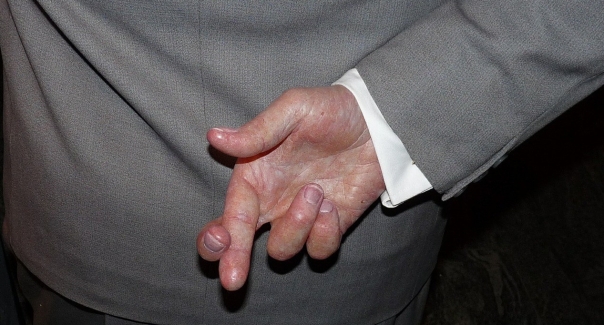 There is a joke I heard a long time ago that pretty much sums up the softball player recruitment and retention process. It goes like this:

This guy dies and meets St. Peter at the Pearly Gates. He’s excited about making it to Heaven, but St. Peter informs him that he is required to give the guy a choice about where he wants to spend eternity – Heaven or Hell. The guy is surprised, but figures rules are rules and goes along with it. St. Peter tells him he will get to check out each, then must make his decision.

He starts with a tour of Heaven. It’s everything he’d heard – angels sitting on clouds playing harps, everything white, everything calm and peaceful. It all seems pleasant enough and the guy is pretty sure what his decision will be.

Then he’s sent to Hell for a tour there. The Devil meets him at the Gate and welcomes him in warmly. As they walk inside the guy sees a huge party going on with plenty of alcohol, loud music and beautiful people dancing, singing and having the time of their lives.

“I’m shocked,” the guy says. “This isn’t what I pictured at all. I was expecting fire, brimstone and torture.”

“Fake news,” the Devil responds. “That’s just Heaven’s propaganda to try to keep humans from having a good time while they’re on Earth. It’s like this all the time.”

The guy joins in the party while he’s there, but pretty soon his time is up and he must go back to Heaven and give St. Peter his decision. “What do you think?” St. Peter asks him.

“Well, no one is more surprised than me but I am going to choose Hell,” the man says.

“Really?” St. Peter asks incredulously. “You realize this is for all eternity and there’s no going back?”

“Yes,” the man replies. “I appreciate all you’ve done but I’ve made my decision and that’s where I want to go.”

“Ok,” St. Peter tells him. “It’s your decision.” So St. Peter proceeds to do all the paperwork and send the guy off to his final destination. Once he walks inside, however, the man is shocked. All he can see in every direction is his worst nightmares – fire, brimstone, people being whipped and tortured in all sorts of horrible and creative ways.

“What is this?!” the guy screams. “Yesterday it was all parties and good times, and now it’s just horror after horror.”

At which point the Devil eyes him slyly and says, “Well, yesterday you were a prospect.”

The reason I recounted that joke is more and more I am hearing stories about players being promised the world by coaches during the tryout and/or recruiting process. But once they get there it’s a completely different stories.

Players are told they will pitch, but they never get time in the circle because they “don’t measure up” to the pitchers who were already there. They’re promised they will get plenty of time at an infield position, or catcher, or wherever but when game time comes – not just bracket play but even pool play or round robin friendlies – that playing time in that position never materializes. They’re told they don’t measure up to the girls in those positions (often coach’s kids, no surprise there) even though those girls are booting balls like they think they’re playing soccer, not fastpitch softball.

Hitters with high batting averages and OPS are being pushed down the lineup or sat on the bench entirely because they “aren’t used to seeing the level of competition” – even though they’ve already proven they can handle that level.

What becomes clear is that some coaches, hopefully a very small minority, are telling players and their families anything they want to hear in the courtship phase so they can round out their teams. They have no actual intention of providing those players with the opportunities they seek. They just want them there in case they need body to fill in should one of the “starters” get sick or go down with an injury.

Of course, they don’t want a weak link, so they want to get the best backups they can find. But they’re talking to those backups like they have a legitimate chance of taking over a starting position when that is never, ever going to happen – either because the coach doesn’t think the new player is as good as the current ones, or he/she is looking at his/her own kids through rose-colored parent glasses, or wants to be “loyal” to the current players, or has some other agenda.

It’s ok to view some players as starters and others as backups. It happens all the time at all levels. All I’m saying is then be honest with the player and her parents about the role she will play on the team.

Don’t tell her she will get pitching time when you have no intention of putting her in the circle. And don’t use one bad outing the first time out as an excuse to never pitch her again. She was probably nervous, having joined a new team and all and wanting badly to prove herself. That goes double if the team is a step or two up from her last team.

The same goes with positions on the field. Don’t tell a player she will get an opportunity in the infield if you feel your infield is set and you don’t want to change it. Let her know where her opportunities are so she can make an informed decision about whether this is the team for her.

The same goes for getting on the field at all. If you see her as a backup or role player, be up-front about it. For example, if you want a speedy player to primarily be a courtesy or pinch runner, tell her that rather than saying she’ll get an opportunity at second base when you know that’s not true.

If you are honest about a player’s opportunities or role, the player and her parents will have no real cause to complain when what you said she would do is what she ends up doing. It’s only when coaches say anything so they can fill up their rosters that the trouble begins.

And it will begin. Because what you’ll likely find is that players who are promised a world of opportunities but instead get nothing of the kind will leave as soon as they figured out they’ve been had.

That, of course, is also the difference between the joke above and the reality of softball. In the joke, the decision of where to go was forever. In our sport, if your coach doesn’t want to play someone there’s always someone else who could use her particular set of skills.

So tough as it can be, coaches, be honest. In the long run it’s better for everyone. Including your own team. Because as big as the sport may seem, fastpitch softball is also a small, tight-knit community, especially at the local level, and people talk.

You build a reputation as someone who makes promises with no intention of delivering on them and it won’t be long before people are avoiding your team/program like the plague.

Yes, it can be tough to have those conversations, and there is a risk of pushing players away you might like to have. But it will save you a whole lot of drama and upheaval. And that alone may be worth it.