← Thanks for hanging out
NFCA to NCAA: Make us stop! → 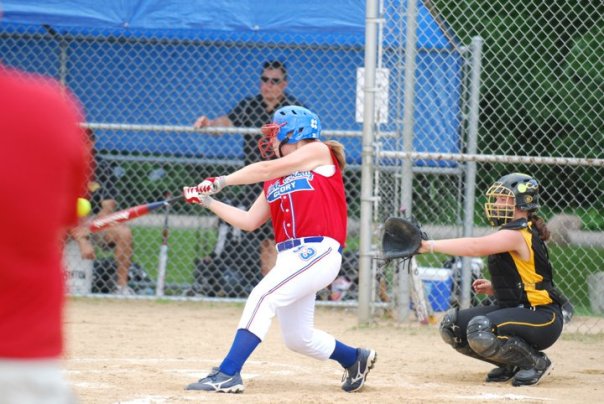 When you spend as much time as I do around batting cages, one of the things you’re bound to hear is a coach telling a hitter about the importance of keeping his/her head steady. What the coach means by this is that you should set your body in a position, and then the head should stay there throughout the entire swing.

The rationale is that if the head is moving then the eyes are moving, and it’s too hard to see the ball that way. With a steady head – presumably one where if you had a video and put your cursor on the head it stays in one place throughout the swing – you should get a better look at the ball and be able to hit it.

Only one problem with that theory. That’s now how high-level hitters hit, as this video shows. While in some cases the camera is moving and therefore you can’t really mark it and watch, in others it’s rock steady. If you place your cursor on the starting position you’ll see a couple of things.

First, in most cases the head moves from back to front. That’s because as the hitter strides there is a linear movement forward with the core of the body, carrying the head (and eyes) along with it. Unless you stand still and spin for the swing, which is not a good idea, the head is going to have to move forward.

The other thing you’ll see on lower pitches is that the head moves downward as the hitter follows the ball down. That makes sense.

You don’t want to stand upright and drop your hands to hit a lower pitch. You want to go down with it, both to get a better look at the ball and to be able to use your entire body to hit it.

If you stand up tall, with your head frozen in place, you’re far more likely to hit a weak ground ball. But if you let your body (and head) move, you can lift that low pitch into the outfield – and perhaps even over the fence.

Think about this, too. In the rest of our lives, our head and eyes are moving all the time. If you’re driving, your head is moving forward, perhaps being bounced around by the road, and maybe even bobbing to the music. But you can still see just fine.

Tennis players are constantly on the move, returning sometimes high speed volleys with a ball that’s substantially smaller than a softball. They can see it just fine.

Infielders have to move left or right, up or back, to field hard grounders and pop-ups. Doesn’t seem to hurt their ability to see.

The fact is our eyes (and brains) have an amazing ability to adjust to our surroundings, and to take in and process information while we are on the move. If they didn’t our species would have died off a long time ago.

Clearly you don’t want the head swinging all over the place for no reason. But trying to force the head to stay “steady” is attempting to solve a problem that doesn’t exist. To hit well, the body needs to adjust, and the head with it. Otherwise you’ll wind up with a disconnected swing – and a stiff hitter. And no one wants that.

← Thanks for hanging out
NFCA to NCAA: Make us stop! →