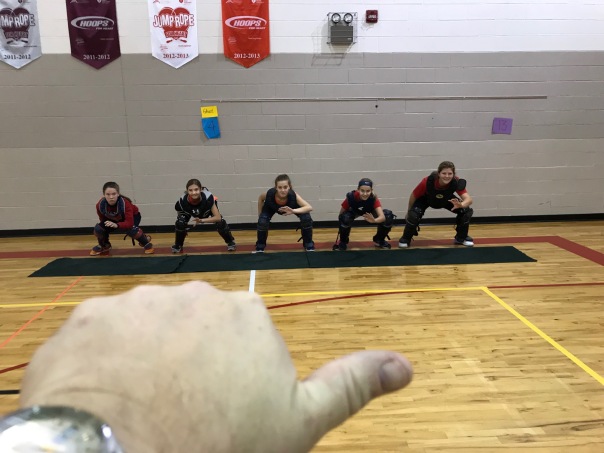 Anyone who has seen a gladiator movie, or a movie with gladiators in it, is familiar with this scenario: Two warriors do battle until one bests the other. The victor stands over the fallen loser, weapon at the ready, and looks to the Emperor (or highest-ranking official in attendance). The Emperor holds out his hand with his thumb extended sideways, then either turns it up to spare the fallen warrior or down to indicate he should be killed.

Never mind that this is just a dramatic fiction of the movies. In reality, gladiators were too expensive to acquire and train to be wasted in such a manner. The idea of the thumbs-up/thumbs down creates a scenario to help fastpitch softball as well as baseball catchers.

Like hitters moving from the cage to games, catchers often have a tough time making the transition from practice to the field. They may be great at blocking in practice, when they know it’s coming, or scrambling to their feet to chase a popup. But in an actual game, all that training sometimes seems to go out the window.

That’s where we can borrow from the Roman Empire of the movies, and have some fun besides.

Line your catchers up in front of you, with your arm extended and your thumb to the side. They should all be in their runners on base stance.

Then either turn your thumb up for them to react to an imaginary popup or base stealer, or down to block a pitch in the dirt. 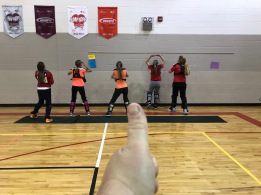 For added challenge, you can tell anyone who goes the wrong way that they have to sit out. You can also tell the catchers that the last one up or down is out as well. That creates a little competition and gives them some skin in the game. 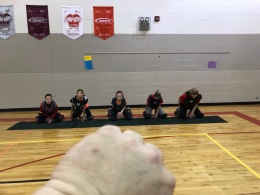 When the catchers go into a blocking position, check to make sure they are in the position you want and not just flopping onto the ground. They should be up and over the imaginary ball, with their shoulders further forward than their knees and their chins tucked in – as opposed to the ones who sit on their calves like they’re getting ready to watch TV.

For the popup position, first tell them where the ball will be – in front of them or behind them. Then emphasize getting their backs turned to the infield so the imaginary ball doesn’t drift away from them.

If you want to go with steals, make sure they’re coming up into a good throwing position rather than just getting to their feet. If you have the space, you can even have them make the throw. Just be aware of a stray ball or two.

The objective, again, is getting them to read the situation and react more quickly.

Here’s the last part to making a successful transition. Your catchers may get good at Roman Empire, but that doesn’t necessarily guarantee they’ll carry it with them onto the field. What you want to tell them is when they’re in a game, they need to approach it like they’re doing the Roman Empire drill.

They need to get themselves ready to read and react, rather than not thinking about it at all and then reacting too late. By being mentally ready on the field they’ll put themselves in a position to use all that training and find greater success.