← Congratulations to Allison Musgrove for Signing at Marian University
Hitters: Never Get Stuck on Your Back Foot → 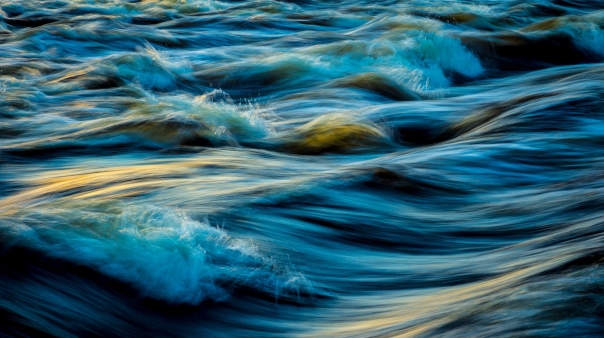 Photo by Pixabay on Pexels.com

One of the most well-known pieces of advice from the late, great Bruce Lee was a simple three-word statement: be as water. For those interested in more of what he meant, or who are just wondering who the heck Bruce Lee was, here’s a video:

While Lee’s advice was ostensibly meant to encourage martial artists to give up their old, rigid approach to movement in favor of one that was more free-flowing, I find it’s also great advice for fastpitch softball players. Here are a few examples.

When pitchers want to throw harder, they tend to tighten up their muscles and become very stiff. They also do it when they’re trying to guide the ball to a location (even if it’s just the general strike zone). Yet that’s the worst possible thing to do in each situation.

If you’re trying to gain speed, remember tight muscles are slow muscles. You can swing your arm around much faster if you relax and let it go versus trying to force it around.

Being stiff when trying to gain better control also works against you, and actually makes it more difficult. If you are tight and off-line somewhere in your circle, you will stay there and the ball will go somewhere you don’t want it to.

To improve as a pitcher, be as water.

The same things about tight versus loose apply to hitters. If you try to muscle up on the ball you’ll lose the whipping action of the bat into the hitting zone, costing you valuable bat speed.

Being tight also makes it difficult to react and adjust to pitch speeds, spins and locations. A rigid swing will tend to continue going wherever it started to go; a relaxed swing allows you to make adjustments without losing bat speed.

Then there’s the mental aspect. If you are uptight generally (aka in your own head) you are going to be worried about far too many outside factors, such as your last at bat or the fight you had with your mother before the game, to bring your swing thought down to “see ball, hit ball.”

There will be no flow to your swing, just a sort of panicked flail as the ball comes in. You may even start seeing things that aren’t there, or lose your perspective on exactly where the strike zone is. Much can happen.

To improve as a hitter, be as water.

As a fielder, you want to be able to move smoothly to the ball. You want your throws to be easy and sure.

That’s going to be tough if you are tight and rigid. The word “flow” is frequently used to describe a great fielder. And what water does.

Being rigid or mechanical in your movements is a sure ticket to many more errors than you should be making. And if you are that way because you are AFRAID of making errors and being pulled out of the game, it only gets worse. Forget about all that.

To improve as a fielder, be as water.

Approach to the Game

Perhaps the area Bruce Lee’s advice applied to most is your general approach to the game. In the video, he says that if you pour water into a cup it becomes the cup. If you pour it into a teapot, it becomes the teapot.

Fastpitch softball players need that type of flexibility as well. You may be asked to play a position that isn’t your usual one. You can either resist or go with it.

Yes, playing outfield rather than catcher or shortstop may not be your preference. But if you go with it and prove yourself in the role you were asked to play you are far more likely to get the opportunity to show what you can do in the position you want to play. I’ve seen it happen.

You may not like your coach’s coaching style. Understood – there are some bad coaches out there. But often it’s not a matter of good or bad, it’s just different than you prefer.

Rather than bracing yourself against it like a rock, be as water. Adjust your expectations and get as much as you can out of the experience. Everyone has something to teach – even if it’s just not to be like they are in the future.

You may not be getting the playing time you want or feel you deserve. That may be true. But before you just blame the coach and jump ship, ask yourself if you’re doing all you can do to earn the spot you want.

Are you diving for balls in practice? Are you displaying a positive attitude? Do you go to the weight room, take extra batting practice or bullpen work, ask for one more ground ball if you pooch one in practice, help clean up team equipment at the end of practice or a game, etc.?

Maybe the answer is yes and you’re just not getting a fair shot. It happens. But before you decide that, determine whether you have been trying to shape yourself to the program the way water shapes itself to the cup or wishing the program would shape itself to you.

So after all of this, if I were to ask you which is stronger, the rock or the water, what would you answer?

Many would say the rock. Not a bad answer on the surface, because if you place a rock in a stream or river, the water will be forced to go around it.

Over time, however, the water will wear away the rock and any other obstacle in its path until it can once again flow smoothly.

So I ask you again: which is stronger, the rock or the water?

Be as water, my friend.

← Congratulations to Allison Musgrove for Signing at Marian University
Hitters: Never Get Stuck on Your Back Foot →