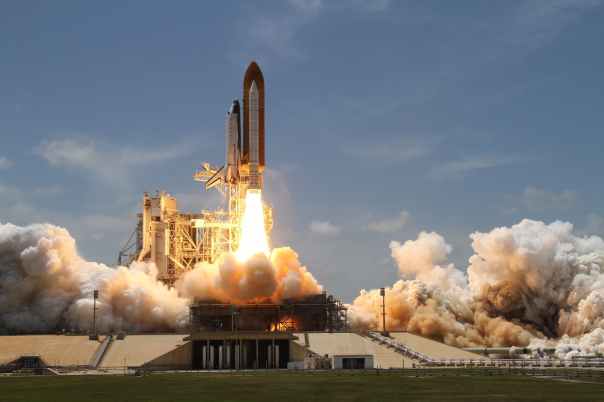 Photo by Pixabay on Pexels.com

Players, coaches, parents and fans all love them – those hits that take off like rockets. There’s nothing like seeing a well-struck, majestic line drive rising into the distance, especially if it clears a fence.

Learning to hit those awesome rockets, however, can be counter-intuitive. As I have pointed out before, because you want to hit the ball with the bat there is a natural tendency to focus on yanking the bat into the hitting zone with the shoulders and arms.

Players seem to believe (understandably) that the faster they pull the bat through with their arms, the farther the ball will go. This belief is often reinforced, incidentally, by the improper use of ball exit speed measurements that focus only on the numbers rather than looking at the technique as well. You can get better numbers off the tee, but that won’t necessarily translate into rockets off of live pitching for a variety of reasons.

During a lesson this week I was trying to explain how each of the body sections contributes to the swing when a thought occurred to me. To hit a rocket, a player should be like a rocket.

Think about it. Where does the power in a rocket come from? The bottom section. That has to fire first, with a lot of effort, to get the rocket going.

If you put all that power into the middle section, the rocket wouldn’t go anywhere because it needs to thrust against the ground to break free. Instead, it would just blow up on the launch pad.

Once you have things going, the secondary stage kicks in. It builds on the momentum created by the first stage to really start driving the rocket toward its destination.

Finally, there’s the payload section. That’s the part that carries the astronauts, or the satellite, or the exploratory vehicle, or the communications array that will alert our eventual alien overlords that we are here, we are too primitive to get to them, and thus we are ripe for exploitation and eventual elimination.

In hitting, the lower body is the first stage of the rocket. It initiates the swing and supplies the bulk of the power that will be applied.

The shoulders and upper torso are the middle stage, adding on to the power of the first stage and providing guidance on where the rocket should go.

The bat is the payload stage – the point of the whole process. It takes advantage of everything that has gone before to deliver the final result, which is the hit.

Stick to that sequence and you will hit well. Do them out of order and the result will likely be a huge, fiery crash and burn.

So as you’re working with hitters, trying to explain how to properly sequence the swing, give this analogy a try. Maybe even show them this video:

Then send them out on the field for their own rocket launch.