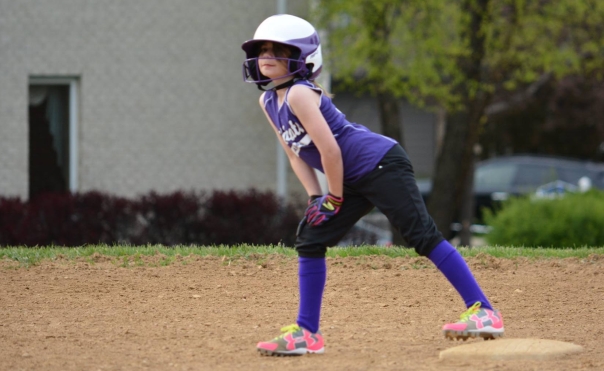 I am sometimes shocked at the expectations coaches (and parents) seem to have these days for their youth fastpitch softball players. I’m talking pretty much everyone below college players.

You’ll hear coaches rail to 14 year old pitchers about the importance of pitchers hitting spots – by which they mean not ever missing them, not even by a couple of inches, or only missing two or three in a game. You’ll hear coaches telling 12 year olds about the importance of bat control and being able to hit behind the runner. You’ll see coaches yank a 16 year old out of a game in the middle of an inning for misplaying a hard-hit ground ball. And so forth.

Yes, it’s definitely easier to coach if all you have to do is turn in your lineup card and sit back while all your players execute everything perfectly. You can look like a real genius that way.

But the reality is, those players out on the field are still kids. Which means they’re subject to the kind of mistakes kids make.

It’s unrealistic to expect a team of young players to execute the game at the speed and skill level of the players you see on TV. Especially during the Women’s College World Series, when presumably the best of the best are playing.

(Of course, even those players make mistakes – sometimes on what seems like very routine plays. Oddly enough, their coaches don’t scream at them or yank them out in the middle of an inning. But I digress.)

I really think the key is we get so caught up in trying to win games that we forget those players we see are on the field are just kids. So to put it into perspective, I thought it might help to make a list of OTHER things a college-age person might do, or be allowed to do and then ask: would you let your young child do this? For example:

Many of the things on this list are simple, mundane things adults do every day and take for granted. But there is no way you’d want your 12 or 14 year old doing any of them, and probably wouldn’t even want an 18 year old doing most of them.

Why not? Because they’re kids, and as such they don’t think like adults or act like adults so they’re not ready for adult responsibilities. They still have growing and learning to do before they can be held to the standards required to do those things on a regular basis.

So what would make you think they’re ready to play fastpitch softball at the same level as the upper half of 1% of college players you see on TV?

Kids make mistakes. That’s often how they learn. Some kids develop slower than others and may not quite have the hand/eye coordination of their peers, much less players who are 6, 10 or more years older.

Kids mature at different rates too, and while any kid should have some measure of self-control, it’s harder for some than others not to have a mental meltdown when they feel they’ve let themselves, their parents, their coaches, and their teammates down. They just may not have the experience with failure yet to be able to “just shake it off” and bounce right back.

So as you watch (or coach) youth games this weekend, keep in mind all the things you wouldn’t want the players on the field doing outside of softball. Then remember why – because they’re kids.

Maybe it’ll help you lower your blood pressure a bit and enjoy the games a little more.