← New Year, New You
Keeping the Joy in Youth Sports →

Every Expert Was Once a Beginner 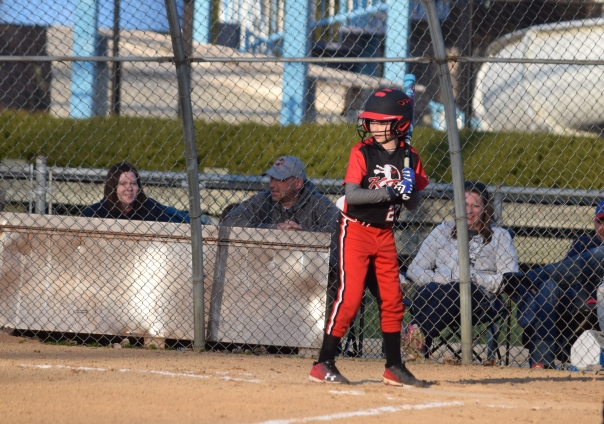 One of the most intimidating things we can do as human beings is start something new. Especially when that something has been around for a while like, say, fastpitch softball.

We look at ourselves and see how ill-prepared we are. Then we look at others and see how much better they are – some are even experts – and we wonder how we’re ever going to survive.

The good news we all have to remember is that no matter how great others are at something, every single one of them was once a beginner. Just like us.

Arizona coach Mike Candrea didn’t start out with 1,500+ wins. He started with one, and probably felt fortunate to get it.

So if you’re a brand new head coach taking a team onto the field for the first time, remember you share that experience with one of the winningest fastpitch softball coaches ever.

If you’re a pitcher (or the parent of a pitcher) who is just trying to learn how to get her arms and legs going in the same direction and get the ball over the plate with arcing (or putting anyone around you in danger) take heart. Some of the game’s best pitchers ever had their struggles as well.

If you’re a hitter who is providing more on-field air conditioning than excitement with her bat, or a fielder who seems like she wouldn’t be able to pick up a ground ball in a game even if it had a handle…

Well, you get the idea.

Everyone has to start somewhere. The ones who go places, however, are the ones who don’t give up, even when learning takes a little longer, or it feels like others have more natural ability, or have a head start because they started at a younger age.

After all, it isn’t where you start the race. It’s where you finish that counts.

I remember as a beginning coach thinking how much better I would (hopefully) be in five years, when I had some experience and had learned more. But that thought didn’t do my first team much good.

So I buckled down, did the best I could, contributed where I knew things, and just faked the rest.

I was once amazed that other coaches could come up with the drills or explanations i would use. To know so much that you could think that way seemed like a hill too great for me to climb. Now, 800 blog posts and roughly 20 years of coaching later I come up with different ideas all the time.

So to all of you beginners and first-timers out there, I say don’t be intimidated. Don’t be concerned about your lack of experience, or get overwhelmed thinking about how much you don’t know.

Just buckle down, get after it, and remember every expert was once a beginner. But it’s only the dedicated beginners who become an expert.

← New Year, New You
Keeping the Joy in Youth Sports →