← Using the front elbow to throw
Thanks for your comments, and keep them coming → 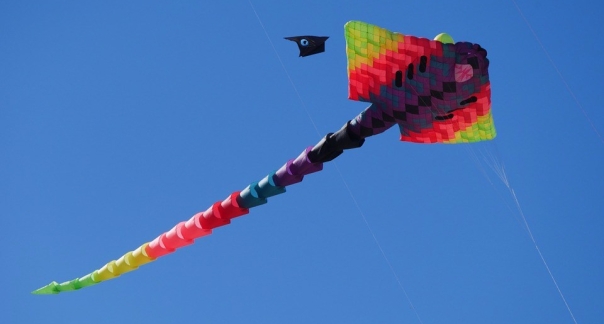 This is probably a direct result of Stacie at the Fastpitch Softball Blog. I saw her post yesterday “Feeling Quoty” and liked it. Then lo and behold, in my day planner this morning I ran across a quote I liked so much I thought I’d pass on. It reads:

“Kites rise highest against the wind — not with it.” The source of the quote is Winston Churchill, a man who knew a thing or two about getting through tough times.

So what does that mean? To me it says that facing difficulties in your life helps make you a better, more complete person. As long as you can stand up to the winds of adversity you will come out the other end at a higher level than when you started. And often it’s the adversity we face that makes us who we are. As another great leader said, “I don’t want to lose my pain. It’s what makes me who I am.” — Captain Kirk

Softball is a game built on failure, and failure is a form of adversity. When that happens — whether it’s striking out, walking too many hitters, booting a ground ball, dropping a fly ball, or not making a team you want to be on — you have two choices. You can feel sorry for yourself, get all down, go into a shell and make things worse. Or you can rise above it, learn from the experience, embrace the lesson and use it all to make you a better person as well as a better ballplayer.

Posted on March 5, 2009, in Coaching, General Thoughts. Bookmark the permalink. Leave a comment.

← Using the front elbow to throw
Thanks for your comments, and keep them coming →