Staying Focused on the Process, Not the Outcome 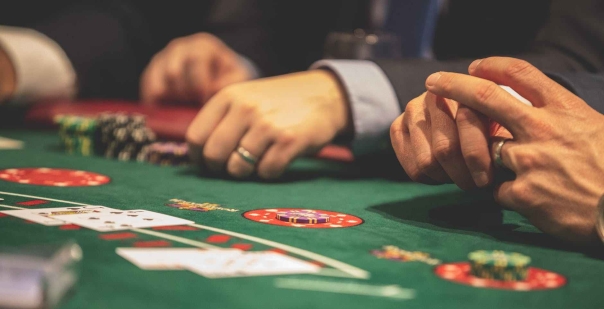 Photo by Drew Rae on Pexels.com

Recently I flew down to Nashville with my wife to visit my daughter (yes, a former fastpitch pitcher), her boyfriend Andrew, and their new house. Since it wasn’t non-stop we had a lot of time in airports and on planes.

Along the way I got tired of reading the dense book I’m into right now (finally reading a textbook I was supposed to go through my freshman year of college, and I am remembering why I never finished it) so I decided to play with a Blackjack trainer I have instead. Blackjack is the only casino game I tend to play, so I’m trying to make sure if I ever go back to a casino that I have my basic game down pat.

I used to have a different trainer, one that you would play online. It was kind of fun because you could place bets and track your progress. It was also valuable because it showed even if you make all the right moves you could still lose.

This one didn’t. You simply made decisions based on the cards that were dealt, and if you made a mistake a little pop-up would tell you what you should have done instead.

At first I didn’t like the fact that there wasn’t a way to track how I was doing money-wise. Then I came to see the brilliance in the way it was set up.

Without that running total of whether I was ahead or behind, I no longer was thinking in terms of outcomes. Instead, I was 100% focused on the process, i.e., selecting the right move based on the well-established odds for the game.

We talk about this a lot with softball players – focus on the process, not the outcomes. Or as I heard it put at the NFCA Convention, master the movement not the drill.

But how often do we really live it? If you’re working with a player who has been struggling at the plate and she finally makes contact, she’s probably rewarded with a “good job!” even if it was an ugly swing. But was it really a good job?

Not because a great technical swing by itself means anything. Again, there are no style points awarded during a game.

But working on getting the swing right – mastering the movement, focusing on the process – will lead to more long-term success. If it doesn’t, what’s the point in practicing it?

When I work with fielders on throwing, again I want them to focus on learning the proper mechanics so when they need to make a quick, hard throw to get a runner out they can be sure of where it’s going.

If you have to think about how you’re throwing, or guide the ball to get it to where you want it to go, you’re an error waiting to happen. Probably at a key point in the game.

To get to that point in each of these cases, however, you have to take the outcome out of it. Just like the Blackjack trainer did for me.

Yes, it’s difficult. It’s a lot easier to recognize and reward a ball that’s hit hard (no matter how it was hit) or a pitch that goes in for a strike, or a throw that reaches its target than it is to focus on the way those outcomes happened. But it’s critical if you want to be successful.

Take the outcomes out of the training in the short term and just focus on the process and the movements. Give players the opportunity to “fail up,” i.e., do the right things now so that when those habits become ingrained they have far greater success than they had just doing whatever to get by.

Learning the basic game in Blackjack doesn’t guarantee success. The odds still favor the house, and you could still quickly drop a couple of hundred dollars even if you make the right moves 100% of the time. But it does help reduce that edge considerably, which is what makes it worth the effort.

The same is true in softball. You can still strike out, or walk a batter, or throw away a ball at a critical point in a game no matter how hard you work. But you cut the odds of it considerably, which is what makes focusing on the process your best bet for long-term success.