The Importance of Consistency When Learning Fastpitch Skills 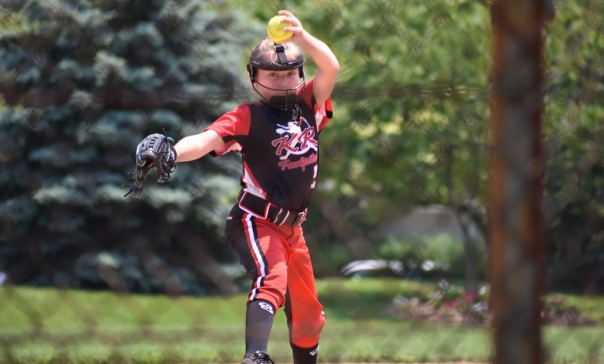 The once-funny and now just more generally creepy comedian and filmmaker Woody Allen has been quoted as saying “80% of success is just showing up” or something to that effect.

While most times ol’ Woody isn’t the person you want to take advice from in anything having to do with kids, in this statement he is most definitely correct. Especially when it comes to the early stages of learning fastpitch softball skills.

Let’s take hitting for example. Hitting even a decently fast pitch in fastpitch softball requires a series of movements that must be performed correctly individually, sequenced correctly, and timed correctly. Some of those movements and sequences aren’t necessarily intuitive.

Since the object of the skill is to hit the ball with the bat, it’s easy for young hitters to assume that they should focus on taking the bat to the ball first. If their body turns afterward, so much the better.

But that’s actually the opposite of what they should be doing. The proper sequence is hips-shoulders-bat. A good instructor will teach that sequence, which not only maximizes power but the time the hitter has to see the ball before committing to the swing and the ability to hit the ball in the proper zone.

If that young hitter who’s still learning only comes to lessons once every few weeks, however, there’s a very good chance she will forget all about the proper sequence and spend her time practicing a bat-first swing. Then her distraught parents will wonder why they’re paying all this money for lessons and not getting better.

It becomes even more important with windmill pitching because in my opinion there is so much that can go wrong – and failure is more obvious. If you have a bad swing but still manage to make contact with the bat you can get on base.

But if you’re not throwing strikes, or you’re throwing easy-to-hit strikes, you’re going to have a tough day. As I tell my students, the circle looks bright and shiny from the outside, but it can be a cold, dark place on the inside.

Again, with windmill pitching some of the movements aren’t necessarily intuitive. If they were, you’d see more rec league pitchers using good form.

But instead, most untrained pitchers tend to stay facing forward, take a short step off the pitching rubber, and proceed to push/guide the ball toward the plate. THAT is what feels natural and intuitive. But it’s not what great pitchers do.

If a newbie pitcher only goes to lessons now and then and then gets put into a game before she’s ready, she will likely find herself like Luke Skywalker in the cave on Dagobah.

To really get the maximum value out of lessons in the early stages, it’s important to receive consistent training. That’s because you’re setting the foundation for all that is to come.

My recommendation is once per week – no more, no less – although you can do it going every other week if necessary. It will just likely take a bit longer to get where you want to go.

That regularity – and the short time between reviews by the instructor – helps keep players from veering too far off the path to success. It’s easier to do a reset when the training is consistent.

Going sporadically, however, gives the illusion of training without the benefits. Too much can go wrong in the meantime, and we all know it’s a lot easier to develop bad habits than to break them.

Instruction always works better when you apply it properly. In the early stages especially, that requires consistency. Make the commitment, even when it’s challenging, and you’ll see the rewards a whole lot faster.