← Overcoming the urge to aim in fastpitch pitching
Just Like Novacaine → 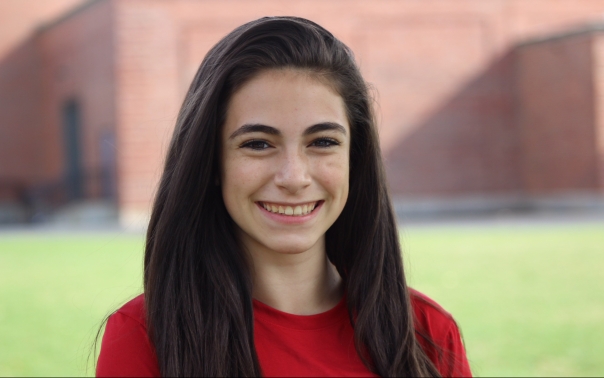 For me, one of the best parts about coaching fastpitch softball is the opportunity to meet (and work with) so many girls I would have never otherwise known. Today I’d like to share one of those stories since I think we could all use some good news right about now.

It’s about a wonderful young lady named Emma Borrelli. Emma is an 8th grader, and just one of the nicest and most upbeat people you’ll ever want to meet. I work with her on both pitching and hitting, and it’s always fun because I can say the meanest, most insulting things to her to make a point (all in jest) and she just smiles or laughs. She’s also one of the hardest-working girls I’ve ever worked with.

Anyway, her dad Mike forward an email that her homeroom teacher sent to him a few weeks back telling a kind of “under the radar” story that describes her character perfectly.

It seems that in her homeroom class there is a boy with special needs. Every day, on her own, she helps the boy at his locker, walks him to his homeroom, and says goodbye to him after homeroom.

No one asked her to do it. She’s not doing it to try to win an award or add something to player resume. She just does it because she is a good person. Or maybe there’s just something in the name Emma.

What makes this so interesting is that Emma is not an outcast or a fringe kid. From what I understand she is pretty popular in the school, with a large circle of friends. She could easily walk right past this boy and no one would think twice about it.

Yet she passes on hanging out with them before school to be with this boy instead, which her teacher says makes his day.

Sometimes us older folks shake our heads at the younger generation and wonder what’s going to happen when the world is in their hands. Based on what I see and hear about Emma, as well as so many others, the world is going to be just fine. Maybe even better.

← Overcoming the urge to aim in fastpitch pitching
Just Like Novacaine →