← I love questions. You should too.
No need to sacrifice speed for accuracy in fastpitch pitching →

Do you really know who’s coaching your child? 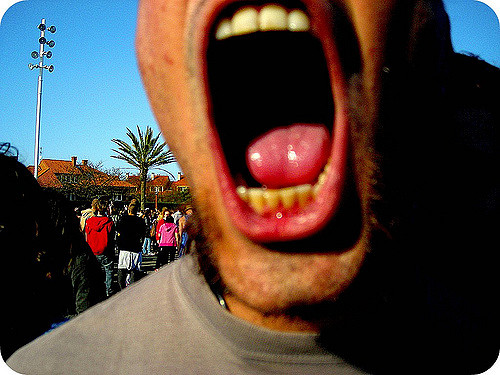 Normally I like to keep things focused strictly on topics that relate to the game itself. But this is a subject that really should be of concern to any parent whose kids – male or female – are participating in activities where they have long periods of exposure to adults.

It was sparked by this article, sent to me by my friend Tim Boivin. The article is about the revenge a dad in Pennsylvania was able to extract after one of his daughter’s coaches not only touched her inappropriately (smacked her on the behind, even after being asked to stop) but then tried to smear the dad’s name in the local town. He did it by using his long standing with the league, and the fact that he’d lived there in that town his whole life, to get the dad looked at as an outsider. It’s a pretty good read, and a good lesson about being careful who you mess with, no matter how much power you think you have.

But it also brings up a bigger point. During tryout season, the focus is on making a team. Sometimes it’s the “right” team, and sometimes it’s just any team. But after the stress of tryouts are over and you’re feeling the relief, there’s another question that needs to be asked: how much do I really know about the people who will be coaching my child?

The usual reaction when you find out something terrible about a coach (or other authority figure) is “I had no idea.” Of course you didn’t. Someone who acts like a predator, or a person who will dole out inappropriate physical abuse on players, doesn’t walk around wearing a t-shirt that advertises the fact.

He/she also doesn’t act that way in front of the parents. If he/she did, he/she wouldn’t get access to kids and thus be able to satisfy whatever needs or urges he/she has. Just like a con man trying to convince people to give them money, coaches who want to do terrible things to kids must appear to be completely trustworthy.

Many of them put in the effort to learn the game, too, further helping them hide in plain sight. I remember a guy about 15 years ago who used to contribute regularly to the old eTeamz softball discussion board. His signature phrase was that he would always talk about teaching the FUNdamentals.

The message, of course, being that coaches shouldn’t take themselves too seriously, and remember that it’s a game and games should be fun. Just the kind of person you want coaching your child, right?

Well, one day he just sort of disappeared from the board. Eventually it came out that this guy was arrested, tried, and convicted of several counts of having sexual contact with minors. Now the only FUNdamentals he needs to worry about is watching his back in prison, as many prisoners don’t take too kindly to child molesters.

That’s an extreme case, but it illustrates a point. Not all concerns are around sexual predators, however. For example, would you want a known felon with a history of violence toward women coaching your daughter? Probably not. Or what about someone who had punched a player (or a parent, or an umpire, or an opposing coach) in a fit of anger?

These are all legitimate concerns. Your daughter will be spending a lot of time with the coaching staff in the coming year, especially now that fastpitch softball tends to be a 12-month sport. How can you find out if any of the coaches (not just the head coach) have any skeletons in the closet you should know about?

One way is to ask if the organization does background checks with the state police on everyone who will play a coaching role or be on the bench with the team. If it does, don’t just take their word for it that everything is ok. Ask to the see the reports.

If there’s nothing to hide, they should be more than happy to do it. If they are reluctant to share the information for “privacy” reasons, that could be a red flag. No matter.

You don’t have to be an organization to request a background check on someone. Anyone can do it. If you have any concerns, request it yourself. The cost for a state check is generally $10-$20, while the cost for a nationwide check is typically $25-$45. When you think about what you’re paying to play, it’s worth a few dollars more to gain peace of mind if you have any concerns.

In most cases, the background check is going to turn up clean since it only covers criminal known criminal acts, and despite what the headlines may lead you to believe the people who commit them and get into coaching are rare. Still, there are some out there.

If the organization runs background checks and still allows someone who shouldn’t be there to coach, you might want to re-thing your decision to play for that organization. Clearly they don’t care now. How much are they going to care if you find a problem later and bring it to their attention? It’s obvious that letting that person coach is more important to them than protecting their players.

If the organization doesn’t run the background checks but you do and find something, you should bring it to their attention. Their actions from that point will tell you what you should do. It’s up to you, but if your daughter is going to be coached by someone you don’t want her to be around, and you allow it to happen, you will share in the blame if something happens later on.

Here’s the other thing. As I mentioned, background checks only catch those who have already been caught. You may want to do a background check of your own via Google or another search engine to see if there are comments from past players or parents out there that might give you an indication of the person’s character.

Does this coach have a reputation for being abusive to players, physically, verbally, or emotionally? Is he/she the type of person that will cause excruciating pain to young players despite their screams, as in the story of this cheerleading coach? Will this coach help your young player grow and become the type of person you want her to be, or will he/she teach life lessons you don’t want your daughter to learn?

When you’re with a new team where you don’t know the coaches, one other good idea is to hang around at practices for a while to see how they’re conducted and what the coaches’ approach to interacting with players is. Understand that practices should be hard, and it is not only good but necessary to push players to improve. But there is also a limit to it. They shouldn’t be doing things that are abusive or patently unsafe.

At the same time, understand that you will be going there as a silent observer. It is not your place to offer advice or suggestions, or really do much of anything to interject yourself into the practice unless something truly illegal or inappropriate is occurring. And you’d better have proof.

If you’re told you’re not allowed to watch practice, especially with younger teams, that may be another red flag that something’s not quite right with this team, coaching staff, or organization. As long as you’re silent no one should have a problem with you watching. Heck, it’s probably a good thing, because then you can reinforce what they’re teaching when you work with your daughter on your own.

Again, you hope that none of those bad things are happening. But better safe than sorry. Knowing who is coaching your kids is an important step in ensuring sports/activities participation is a good, positive, and safe experience for your child.

← I love questions. You should too.
No need to sacrifice speed for accuracy in fastpitch pitching →