Got a note the other day that Men’s National Team pitcher and pitching instructor Bill Hillhouse is coming to Greendale High School in Greendale, Wisconsin October 12 – 14. He’ll be doing a demonstration/explanation of pitching on Friday night, group lessons on Saturday and individual private lessons (by appointment only) on Sunday.

More information and a sign-up sheet is available on <A href="/files/55650-48775/hillhouse_clinic.pdf”>this form. (If the form doesn’t work on the Discuss Fastpitch Forum, you’ll need to go to http://fastpitchlane.softballsuccess.com.)

I’m hoping to get up there myself, so perhaps I’ll see you there!

When You’re A Coach, Timing Is Everything

This past summer, since I didn’t have a fastpitch softball team of my own to coach, I got to spend more time going out to various tournaments and watching my students play. I find it’s very valuable to see them perform under game pressure — especially to see if they’re maintaining the mechanics we’ve worked so hard to achieve. 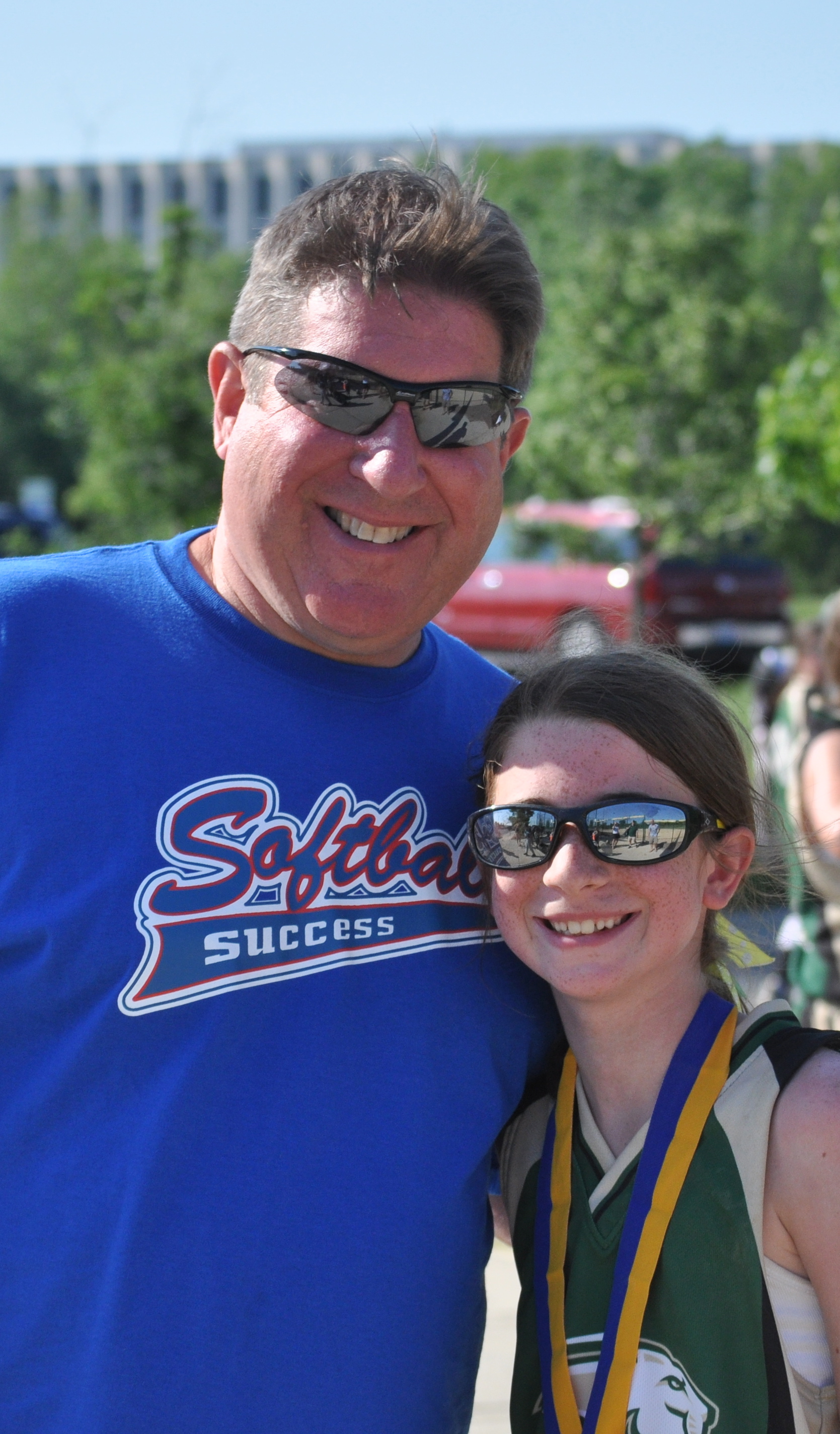 Of course, when you do that you’re always taking a chance. When things go right it’s great. When they don’t it can be, well, a bit uncomfortable.

Fortunately, the day I went out to see a 10U pitching and hitting student named Sydney play was a good one. It was about 100 degrees, but you’d never guess by the big smile on her face. The game I watched she was voted the MVP by the opposing team. No surprise there since (as I recall) she struck out five or six hitters in three innings of work, She also had a couple of solid hits and a walk.

Mostly, though, I am sharing this story because I just love this picture!

More evidence that the sacrifice bunt is a waste

First batter up gets on base — gets a hit, walks, reaches on error, hit by pitch, whatever. So what happens next? The coach in the third base box throws some signals, and the hitter promptly tries to sacrifice her over to second. The thought, of course, is that by moving the runner up 60 feet the team will have a better chance of scoring a run. And one run could be the difference between winning and losing.

The trouble is there are a few flaws in that thinking. One is that it’s not 1987 anymore. Between more players taking hitting lessons, the pitching rubber being moved back to 43 feet in most levels of play, and bat technology that can turn a checked swing into a double, the 1-0 or 2-1 game is pretty much a rarity.

But even if it were, as I’ve written before here and here, the facts don’t bear out the strategy. Instead of looking hopefully at the idea of moving a runner into scoring position, we need to look at actual outcomes — in other words check the facts instead of the assumptions.

I haven’t been able to find any stats specific to fastpitch softball, but I did a great chart that looks out the outcomes in Major League Baseball going all the way back to 1950. Take all the emotion out of it and just look at what happens in different situations.

Let’s take a look at our scenario again. Looking at the stats for 1993-2010, with a runner on first and no one out, MLB teams scored .941 runs from that point to the end of the inning. If you sacrifice the runner to second, which means you have a runner on second with one out, MLB teams scored .721 runs. In other words, by moving that runner up a base by giving up an out, you’re likely to to score .220 fewer runs.

Now take a look at the second chart, which shows the chances that any runs will score in an inning in different situations. With our runner on first and no outs, there’s a .441 chance a run will score. By moving that runner to second with a sacrifice bunt, you now have a .418 chance of scoring a run in the inning. Again, by making that move your chances of scoring have decreased by .033.

If you’re one of those who automatically goes to the sac bunt when you get a runner on base, maybe it’s time to re-think that strategy. Unless you’re playing my team. In that case, by all means please feel free to give up an out every time you get a runner on first. I’ll be sure to say thank you later.