Avoiding the “Hot in Cleveland” Syndrome 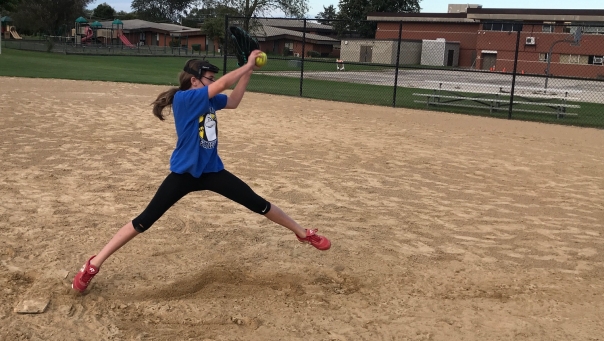 On the TV show “Hot in Cleveland,” the basic premise is that three women from LA are on a flight to Paris when their plane gets stranded in Cleveland. After being approached by several men, they suddenly realize that while they may just considered be average-looking among the many beautiful people in the City of Angels, here in Cleveland they are considered hot, and they decide to stay there instead.

(Full disclosure: I have never actually watched the show, or even a part of it. But the premise works for this blog post so there you go. Oh, and apologies to readers in Cleveland. I didn’t pick the show’s title.)

Fastpitch softball players (along with their coaches and parents) are very susceptible to what I call the “Hot in Cleveland Syndrome.” Because they are successful in the small pond they play in, and maybe even the best player in the area, they can get an oversized view of exactly how good they are.

This is one of the reasons it’s important, if you are serious about playing and especially about playing in college, to venture out past the comfort of your local area and match up your skills against higher-level teams. You can either find out that A) yes, you’re every bit as good as you thought you were or B) while you may be a 10 locally you are maybe only a 6 in the bigger scheme. Either way, that’s important information to have.

Here’s an example. You’re a strong pitcher who accumulates 10+ strikeouts consistently in a seven-inning game. You mostly do it by throwing fastballs, because most of the hitters can’t catch up to your speed. Why bother developing other pitches when you’re already dominating?

Because once you stand in against better hitters who are used to seeing speed and can hit it consistently, your strikeouts per game will probably go way down and the number of hits against you will grow. If you don’t have something else to throw at those hitters you’re in for a rough time. But you won’t know it until you face hitters of that quality.

Or take a catcher who can gun down every girl in the league or conference when she tries to steal second. Is it because she is so awesome, or because the base runners are average instead of speedy?

You put some rabbits on those bases – girls who can get from first to second in 2.8 or 2.9 seconds at the younger levels, or a team with a view players with legit 2.6 speed at the older levels – and suddenly the game turns into a track meet.

The reverse is also true, of course. Is a bigtime base stealer really that good, or are the catchers she’s facing just that weak?

Then there’s the big hitter with the loopy swing who is crushing the ball against the competition she normally sees. Put her up against a pitcher bringing the heat and she may find she’s striking out all day – and looking bad while doing it.

Now, if you have no aspirations beyond the level you’re currently playing at, being Hot in Cleveland is fine. In fact, there’s nothing wrong with playing at a lower/easy level if softball is something you do solely as a recreational activity with a hint of competition versus playing at a highly competitive level.

But if you’re looking to play in college, be named all-state in high school, win a travel ball national championship or have some other lofty ambition, you need to get a true measure of how your skills compare to all those with whom you’ll be competing for those spots. The sooner the better.

Break away from the Hot in Cleveland Syndrome and test your skills against the best players you can find. It will give you a truer picture of where you really stand.